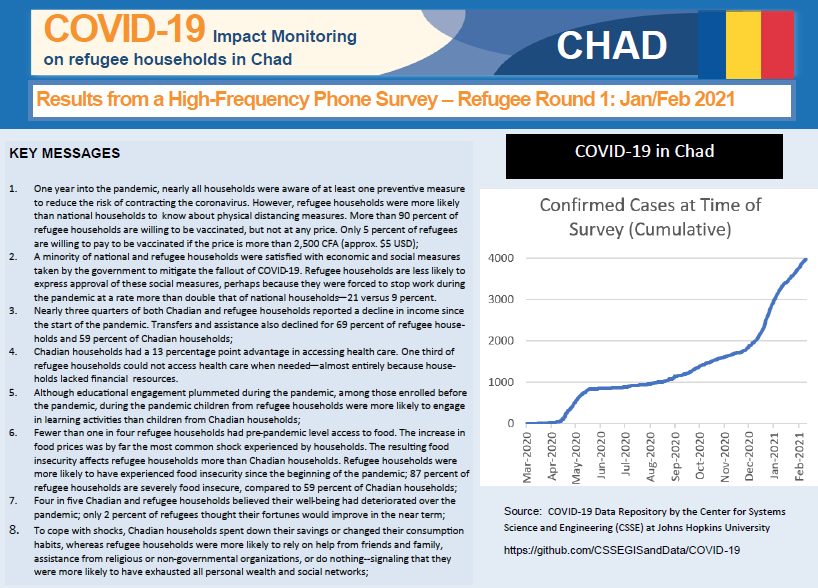 COVID-19 Impact Monitoring on refugee households in Chad | Brief No. 2

This brief presents the results of the fourth round of the nationally representative High Frequency Phone Survey (HFPS) of Chadian households and the results of the second round of the HFPS for refugee households. Data collection for the two respective groups took place contemporaneously, between March-April 2021. Phone interviews were successfully completed for 1,482 Chadian households and 865 refugee households. As with the previous round, the refugee households are sampled from ten regions of Chad (all of these located in the East and South, with the exception of the N’Djamena region). This is consistent with the fact that of the total refugee population in Chad, 95 percent come from the bordering countries Sudan and CAR. As for the Chadian households sampled are nationally representative. This brief presents changes in welfare indicators for both sub-population groups and compares them to the previous rounds.

Read the full brief in English