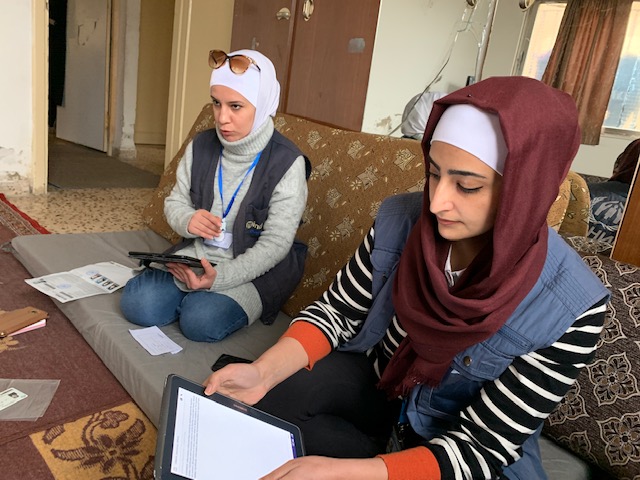 The World Bank-UNHCR Joint Data Center on Forced Displacement (JDC) today announced new partnerships—with IKEA Foundation and Conrad N. Hilton Foundation—to understand the challenges of the forcibly displaced and their hosts so that the private sector, governments, aid agencies, and others can help improve their lives.

As part of their commitment to the partnership, IKEA Foundation contributed US$1,2 million while the Hilton Foundation donated US$500,000 to support the JDC’s efforts.

At a webinar on December 9–co-hosted by IKEA Foundation and the JDC–a group of stakeholders will discuss the importance of socio-economic data about the forcibly displaced for engagement of the private sector and philanthropy.

“We support the JDC because its strategy closely aligns with our focus on improving the lives of forcibly displaced persons, including through achieving economic self-reliance,” said IKEA Foundation CEO Per Heggenes. “We need better data to enable a coherent and evidence-informed response by local, national and global actors—to support business development and private sector engagement that can improve the lives of the world’s most vulnerable people, especially in Africa,” he said.

“We seek to improve the lives and livelihoods of refugee children and families, as well as the communities hosting them through our Refugee initiative,” said Sarah Smith, Director, Legacy Initiatives for the Conrad N. Hilton Foundation. “To accomplish our goals, we need better metrics, and with the help of the JDC, we can learn what is working, and how best to engage,” she said.

“The work of philanthropy and private sector actors is critical to efforts of improving the wellbeing up refugees and other forcibly displaced, but they need good socio-economic data to guide investments and support. That is sorely missing in many places” said Björn Gillsäter, Head of the JDC. “The commitments from IKEA Foundation and Conrad N. Hilton Foundation are critical to close existing data gaps, and bring the forcibly displaced out of the statistical shadows,” he said.

The global COVID-19 pandemic has compounded the suffering of the world’s 84 million forcibly displaced in areas such as employment, food security, health, and education. The epidemic has only worsened the challenges for these refugees, asylum-seekers, and internally displaced people, who are largely invisible, living in the statistical shadows because of a lack of data about how they are faring.

Some 85 percent of the world’s forcibly displaced are hosted by developing countries, pushed from their homes due to persecution, conflict, violence, human rights violations, and other events. Initiatives by philanthropic and private actors have the potential to support forcibly displaced populations while contributing to the economic development in their environment.

About the Joint Data Center on Forced Displacement

The World Bank-UNHCR Joint Data Center on Forced Displacement (JDC) aims to enhance the ability of stakeholders to make timely and evidence-informed decisions that can improve the lives of affected people. Based in Copenhagen, this international data center is focused on the collection, analysis, and dissemination of primary microdata. Managed and owned equally by the World Bank Group and UNHCR, the UN Refugee Agency, the JDC synergizes efforts between the two founding organizations to strengthen data systems and fill data gaps regarding refugees and other displaced persons.

About the Conrad N. Hilton Foundation

International hotelier Conrad N. Hilton established the grantmaking foundation that bears his name in 1944 to help people living in poverty and experiencing disadvantage worldwide. Today, the work continues, concentrating on efforts to ensure healthy early childhood development and sustainable livelihoods for youth, support young people transitioning out of foster care, improve access to housing and support services for people experiencing homelessness, identify solutions to safe water access, and lift the work of Catholic sisters. Additionally, following selection by an independent, international jury, the Foundation annually awards the $2.5 million Conrad N. Hilton Humanitarian Prize to an organization doing extraordinary work to reduce human suffering. The Foundation is one of the world’s largest, with $7.5 billion in assets. It has awarded grants to date totaling more than $2 billion, $207 million worldwide in 2020. Please visit www.hiltonfoundation.org  for more information.