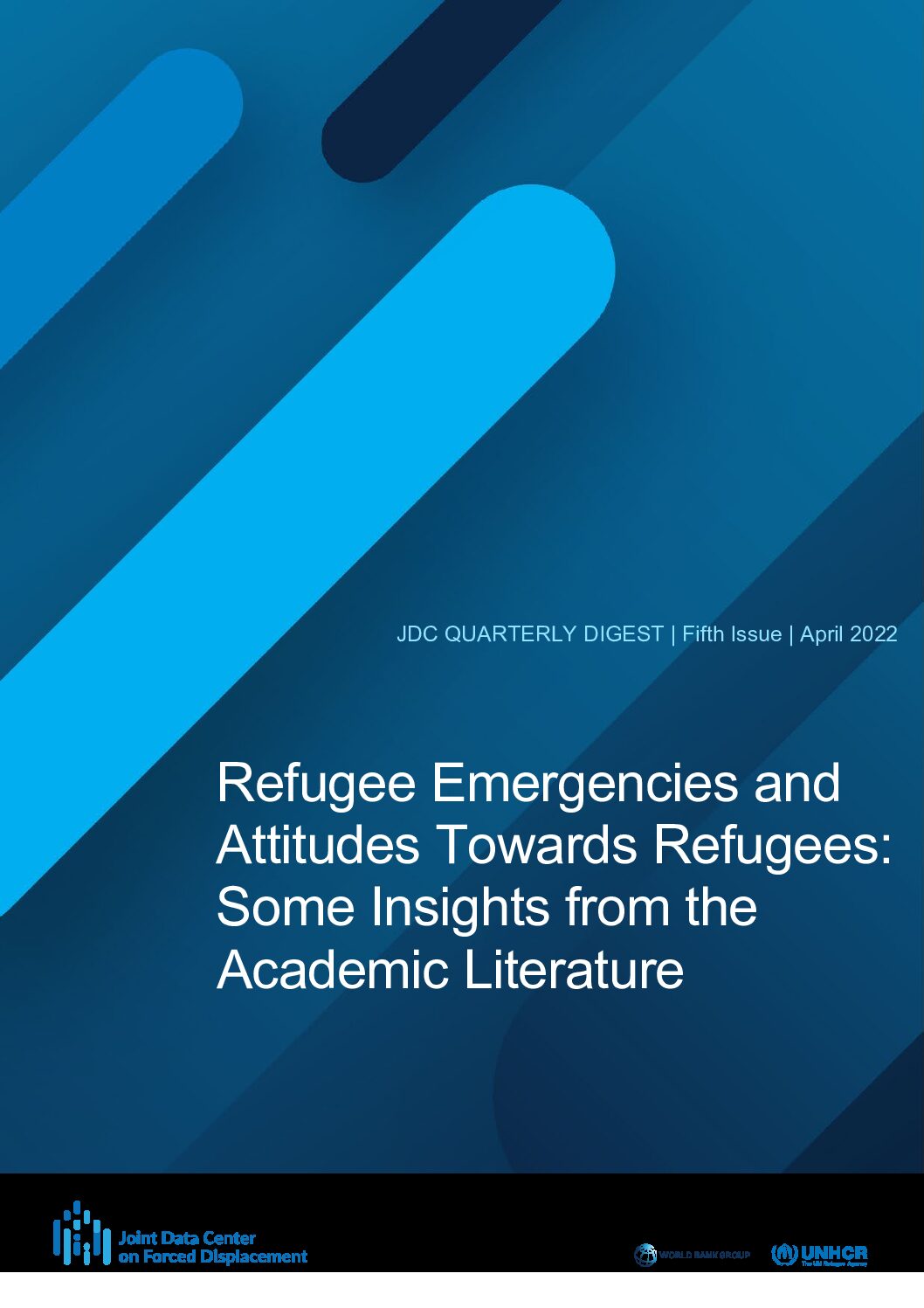 Refugee Emergencies and Attitudes Towards Refugees: Some Insights from the Academic Literature

The conflict in Ukraine has generated a large inflow of refugees into European countries, with more than five million people having fled to neighboring countries. So far, the public response has been generally positive, with large shares of the European population being in favor of the policies implemented to host and support the Ukrainian refugees. In this note we look at the academic literature with the aim to: a) discuss which socioeconomic characteristics of the refugees are typically associated with positive or negative attitudes towards them; and, b) reflect on which policy measures can promote more inclusive and tolerant preferences. The evidence from the literature suggests that negative attitudes towards refugees can be widespread, but less so for those groups that are perceived to be in need of humanitarian help, are culturally closer to host communities, and more likely to contribute to the economies of the host country. Three policy measures to sustain a welcoming climate towards refugees emerge from the relevant literature: facilitate the interactions between host communities and those forcibly displaced; integrate the refugees into the society, including in the labor market and the education system; and provide simple, factual information about the refugees and their socioeconomic background.