The challenges of gathering data about displaced people and host communities are further complicated in the context of the COVID-19 pandemic. However, the need to assess the impact of the pandemic is also driving innovations in collection, methodology, analysis and the sharing of expertise.

In mid-May 2020, two cases of COVID-19 were reported in the Cox’s Bazar refugee camp in Bangladesh. The news caused great concern because of the potentially devastating implications. Several features characterising the living conditions of forcibly displaced persons can facilitate a fast spread of the virus: the population density in refugee camps; limited access to health services; and existing levels of malnutrition, poor health and limited financial resources.

In the first four months of the COVID-19 pandemic the reported incidence of infection among displaced people was quite limited. However, a precise assessment of incidence of the disease in the context of displacement is constrained by the persistence of a long-known phenomenon: the paucity of reliable, publicly available data on the living conditions of displaced people, both within and outside camps.

Some of the defining characteristics of the disease have made the need for the collection and analysis of data on displaced people even more relevant. Several features of COVID-19 make it particularly hard to estimate its true spread across any studied population, even in developed economies. Symptoms are common to many other illnesses, a high percentage of infected individuals may not show any symptoms, and many of those who have died after contracting the virus already had severe underlying health conditions. This has led many experts to call for the strengthening of the collection and analysis of data in order to build more reliable and comparable systems for monitoring and forecasting infection. A study conducted by researchers from the London Business School[1] indicates how testing random samples of the population, recording their socio-demographic characteristics and inferring the characteristics most likely to predict whether or not an individual in the population as a whole is infected can be a valid approach to limiting the spread of the virus and ultimately reducing deaths.

This strategy is certainly appealing but it relies on a very important precondition: the ability of national and local health authorities to conduct a sufficient number of tests, which cover a representative sample of the population. This condition is not easily met in many countries which are currently dealing with the largest numbers of displaced people. Estimating the number of tests that have been conducted in every country is of course very difficult, but the information available indicates that some of the countries which host large numbers of displaced people have conducted the lowest numbers of tests per million people. Many of these are countries that have been crippled by conflicts and prolonged political instability and whose health-care systems are already severely underfunded. As an example, consider the case of South Sudan, which at the end of 2018 was home to more than two million displaced people, including almost 300,000 refugees. According to recent reports, in April 2020 the country’s health system had available just four ventilators and 24 beds in intensive care units for a population of 11.7 million, more than half of whom lack access to primary health services.[2] As in other countries in the region, the COVID-19 crisis has worsened an already complex socio-economic situation where food insecurity, malnutrition and poverty are widespread. In under-resourced contexts like these, the direct and indirect costs of conducting the tests are such that the collection of health records and information on the incidence of COVID-19 among displaced people is simply not feasible. Moreover, the pandemic and the strategies for its limitation also have important consequences for the collection of individual and household-level data among those who have been displaced. For example, restrictions on travel and the need to reduce social contact have severely hindered the ability to gather data using traditional face-to-face interview methods.

To some extent, these hurdles exacerbate already existing difficulties. Those providing humanitarian assistance and those researching displacement are often working in the data-constrained contexts of emergencies. Accordingly, the need for evidence-based decisions has required the development of initiatives for the systematic collection, rigorous analysis and open publication of data. One such example is the recently created World Bank–UNHCR Joint Data Center on Forced Displacement (JDC), a collaboration between the two multilateral institutions which aims to improve the quality and quantity of microdata to support evidence-based policy decisions and response to global displacement crises.[3]

In addition to the knowledge and best practices that already exist, the JDC has invited researchers within its own network to outline their plans to analyse the impacts of COVID-19 on displaced people. The results show that the COVID-19 crisis has led to an additional and accelerated effort in implementing innovative research and data collection methods.

The responses collected by the JDC, as well as notes on methodologies released by other actors in this period, indicate that high-frequency phone surveys represent one method of data gathering that is becoming more common as a result of the difficulties in conducting interviews in person. Hence, several institutions, including the World Bank, have stepped up their efforts in this direction. After being anonymised and appropriately aggregated, mobile phone data can also be employed for tracking the mobility patterns of displaced people. The ability to measure mobility has gained in importance in the current circumstances given the need to evaluate the socio-economic integration of displaced people, and to compare it with pre-pandemic levels.

The widespread use of technologies in the gathering and analysis of data, as well as in the tracking and monitoring of movement, are also gaining momentum at a global level as a way of controlling and limiting the spread of COVID-19. This risks exacerbating the differences between the responses of developed countries (where access to new technologies is simple and affordable) and those of developing countries. Moreover, it poses some important questions regarding the way digital information is stored and handled. In this respect the humanitarian sector has plenty of experience to offer.[4] UNHCR and other humanitarian actors, who have developed practices and guidelines for dealing with highly sensitive data, can bring useful insights to this debate, which is of interest to governments and institutions around the world, not just those in countries hosting displaced people.

Modern technologies are also being employed in other exercises to assess the response of humanitarian programming to the threat posed by COVID-19. New online-based communities are emerging for sharing data, information and best practices among practitioners and humanitarian actors. One such example is the COVID-19 Humanitarian Platform,[5] which aims to facilitate knowledge exchange relating to field experiences during the pandemic. These collaborative efforts can help overcome some of the limitations of data gathering being reliant on a widespread use of internet and mobile technologies, which otherwise risks systematically excluding the poorest and the most isolated communities from relevant surveys and, ultimately, from access to financial and material resources.

In many instances, it is not only data collection methods but also the research questions that are undergoing adaptation. If data are appropriately collected, the shock caused by the pandemic can offer researchers the possibility of evaluating how both the disease and the preventive strategies can exert different effects on the socio-demographic characteristics of displaced people and host communities. The virus has hit in different ways communities that share many common features; similarly, containment strategies have been implemented following different protocols and strategies. These differences will influence the lives of the affected individuals, for example in terms of their employment or educational opportunities. A comparison of life trajectories based on detailed data can allow the effects of the pandemic on these variables to be isolated from effects that can instead be attributed to other factors. Moreover, research efforts are also being devoted to the assessment of changes in attitudes towards displaced people during this period of social and economic insecurity. As the pandemic is leading to a severe economic crisis, this may foster xenophobic acts or discrimination against displaced persons. A quantification of these effects can prove extremely useful for the development of policies to prevent the spread of these attitudes throughout future crises.

As the virus began to spread, international organisations launched their appeals for funds to protect the most vulnerable people around the world. For example, UNHCR increased its appeal for funds from US$255 million to $745 million. At a time when governments around the globe face unprecedented economic uncertainty, there needs to be additional care in the way that resources are managed and allocated. Thus, the availability of up-to-date data is crucial in informing these resource management decisions, as well as the policy decisions taken by local and national governments.

This article was first published in Forced Migration Review, June 2020 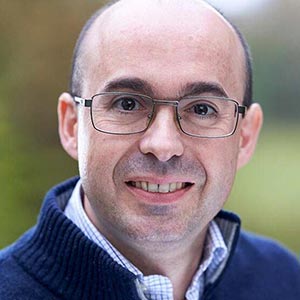 Domenico Tabasso is a Senior Economist with the Center. Previously, he worked with the Policy Evaluation Unit of the International Labour Organization (ILO) Research Department